In many organizations, Atlassian Bamboo® is used to build software, run unit tests, and run various kinds of testing frameworks. Example: Selenium, JUnit, Pytest, TestNG, Visual Studio Test, etc. These test metrics are very important and should be reflected in HP ALM to show the true health of any project.

Bumblebee add-on for Bamboo allows users to integrate any testing framework with HP ALM without making any code changes or writing custom tools. In addition, the add-on allows you to run HP ALM tests directly from Bamboo. Many organization use Bumblebee and Bamboo to achieve CICD.

Integrating Bamboo with HP ALM can be easily achieved using the Bumblebee add-on for Bamboo. Once configured, Bamboo can:

Restart Bamboo server after it has finished installation of Bumblebee add-on.

Save Configuration to save add-on configuration changes. Saving may take a few seconds because of Bumblebee server-side validation.

It is recommended to put Bumblebee Task into "Final tasks" section as they are always executed even if previous tasks fails, so if e.g. surefire maven plugin failed build because of some tests failed, Bumblebee task will be executed and send failed test results to HP ALM anyway.

Once the Bamboo plan is configured, simply build the plan. The build console will show the Bumblebee add-on to Bumblebee REST API activity. This output is quite useful for troubleshooting.

All the results will be processed by Bumblebee server and corresponding TestPlan, TestLab, Testset, and TestRun will be created automatically. 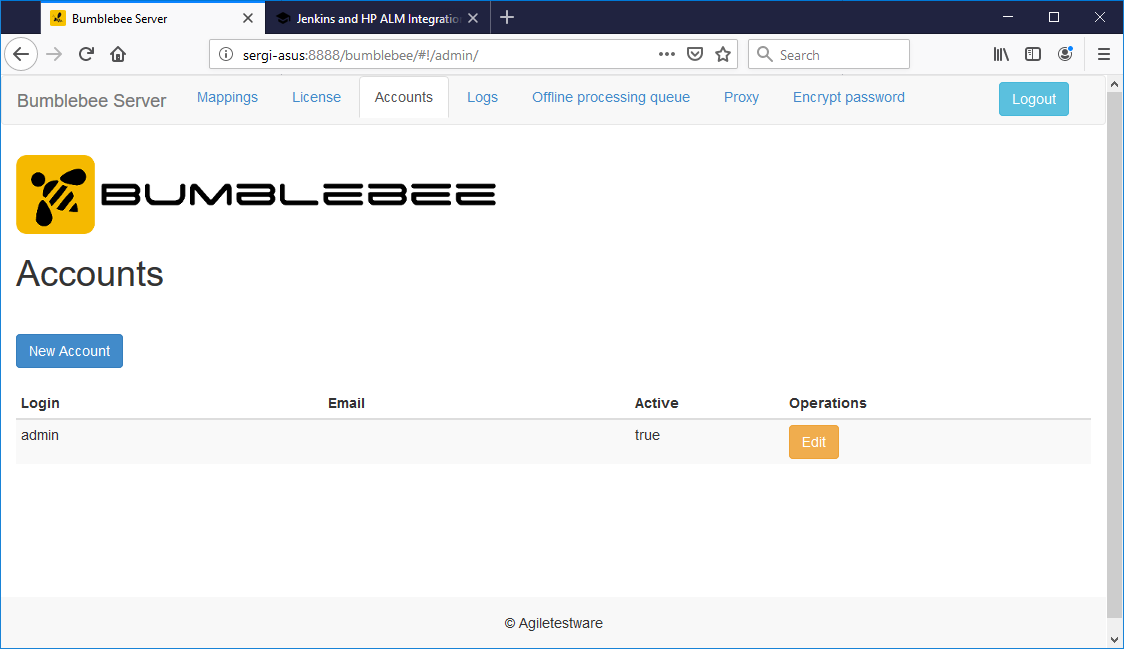 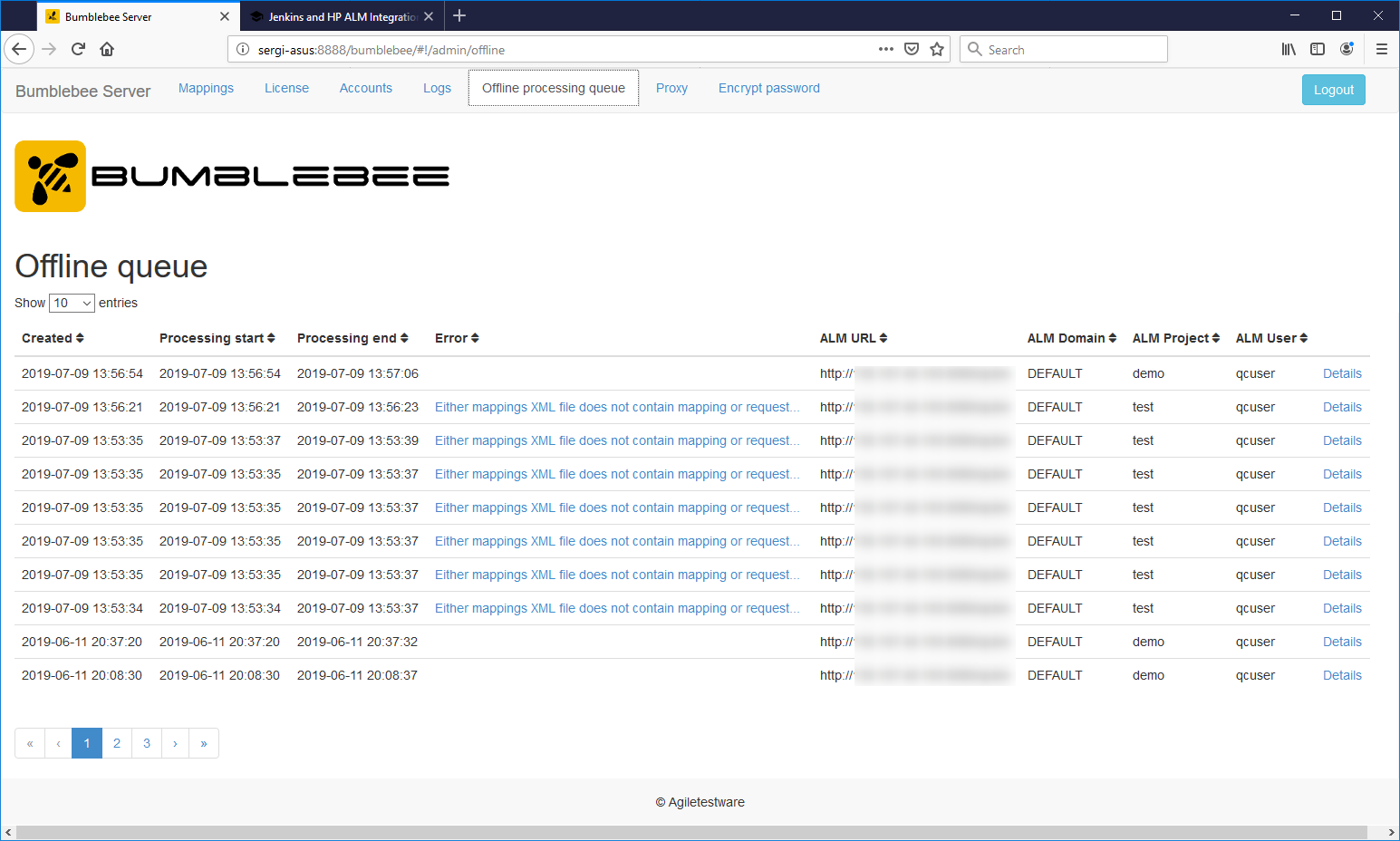 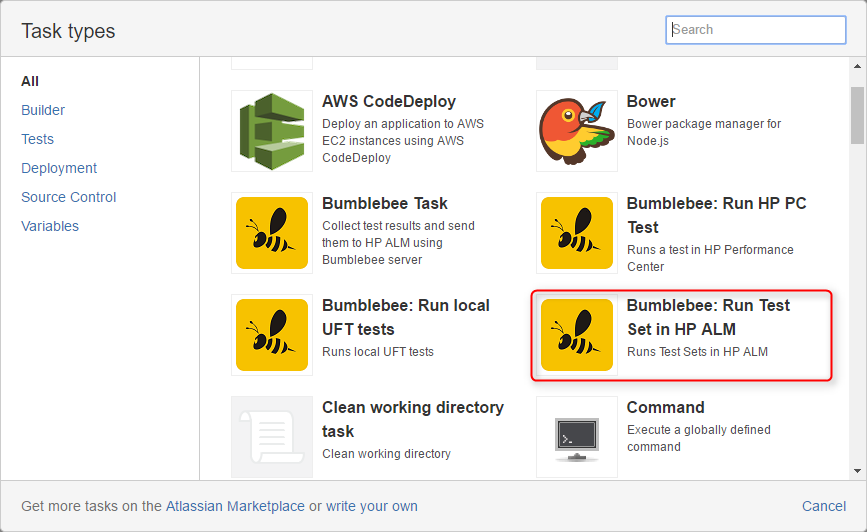 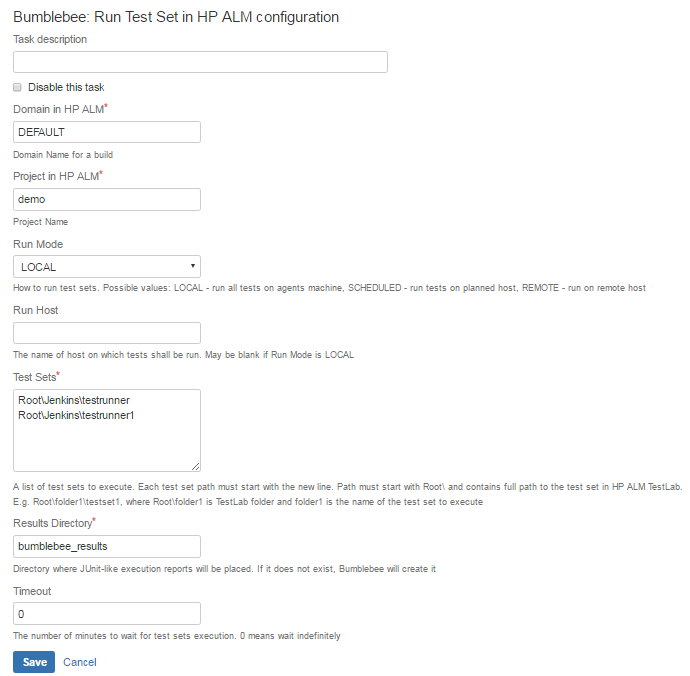 When Bamboo build is executed, the Bumblebee HP ALM Test Set Runner step connects to HP ALM server and runs the specified ALM Testsets. The build waits till the test runs is completed in HP ALM.

Once the build is complete, Bumblebee HP ALM Test Set Runner transforms the HP ALM test results into a JUnit report compliant schema so that it can be published within Bamboo, using the standard JUnit Parser step.

If a single test or all tests in a TestPlan folder need to be added to HP ALM TestSet, then Bumblebee: Add Test to Set build step can be used:

Bumblebee also allows you to run HP Unified Functional Testing tests directly from Bamboo and reports resutls back to Bamboo. 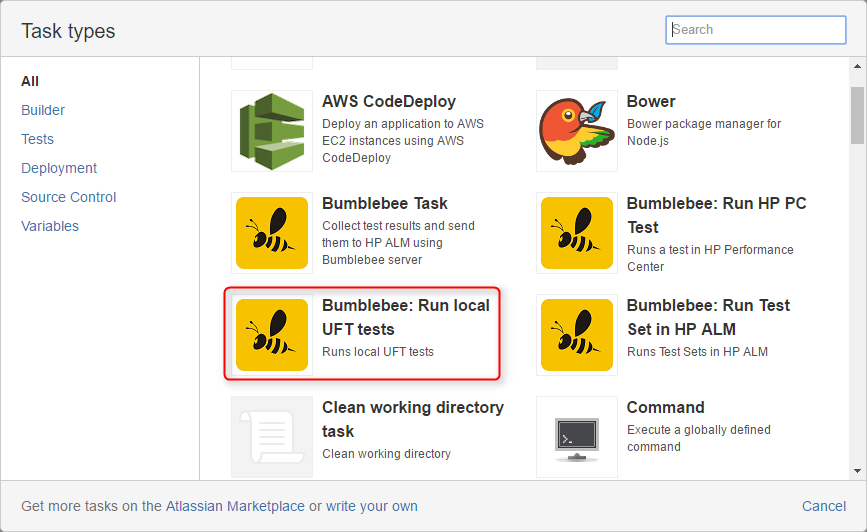 If your .mtb files are located in some GIT repository, make sure paths to tests are correct and point to tests in build directory. You can use windows batch script for this. 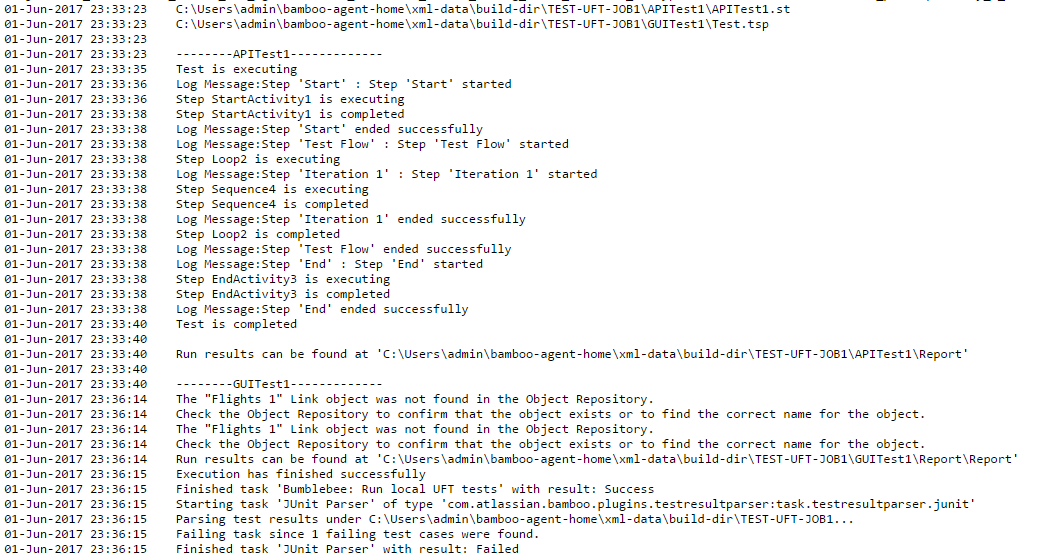 Bumblebee UFT task transforms the results of test execution as a standard JUnit schema compliant. This JUnit report can be published in Bamboo using the standard JUnit Parser step. 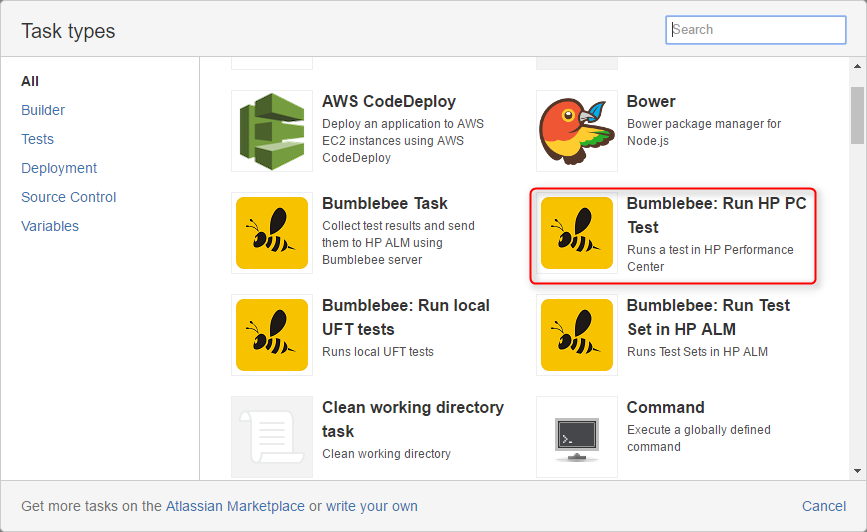 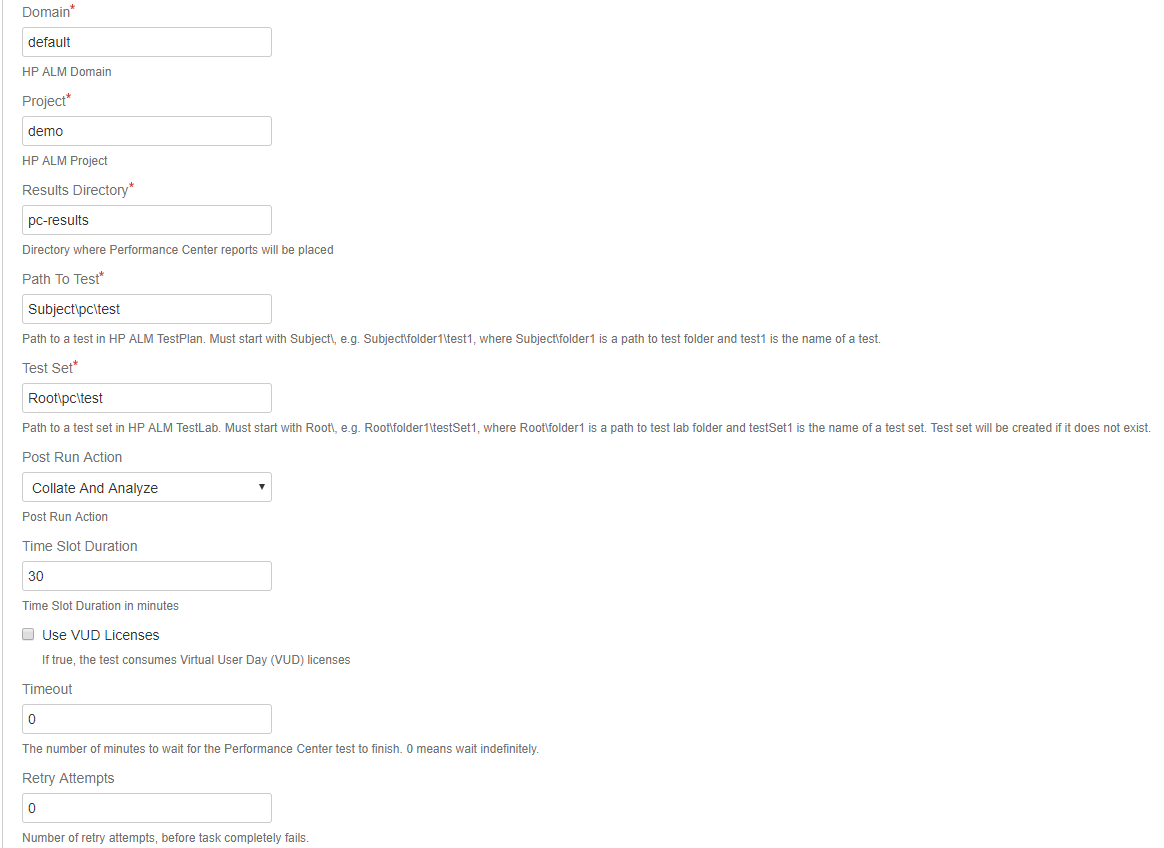 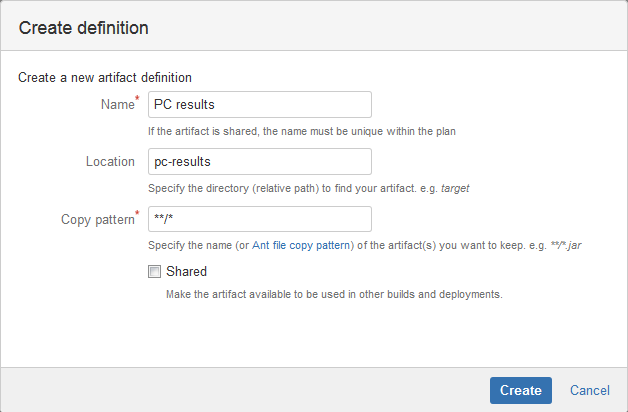 When the Bamboo job is triggered, it starts a new run in HP Performance Center for the test specified by Path To Test and TestSet properties of the task. Once the HP PC test has started, Bumblebee:Run HP PC Test task waits for it to finish and checks the run's possible Run States from time to time. If the test reaches one of the following states, Bumblebee assumes that the test has passed:

If test reaches one of the following states or timeout has occurred, Bumblebee treats the test as failed: 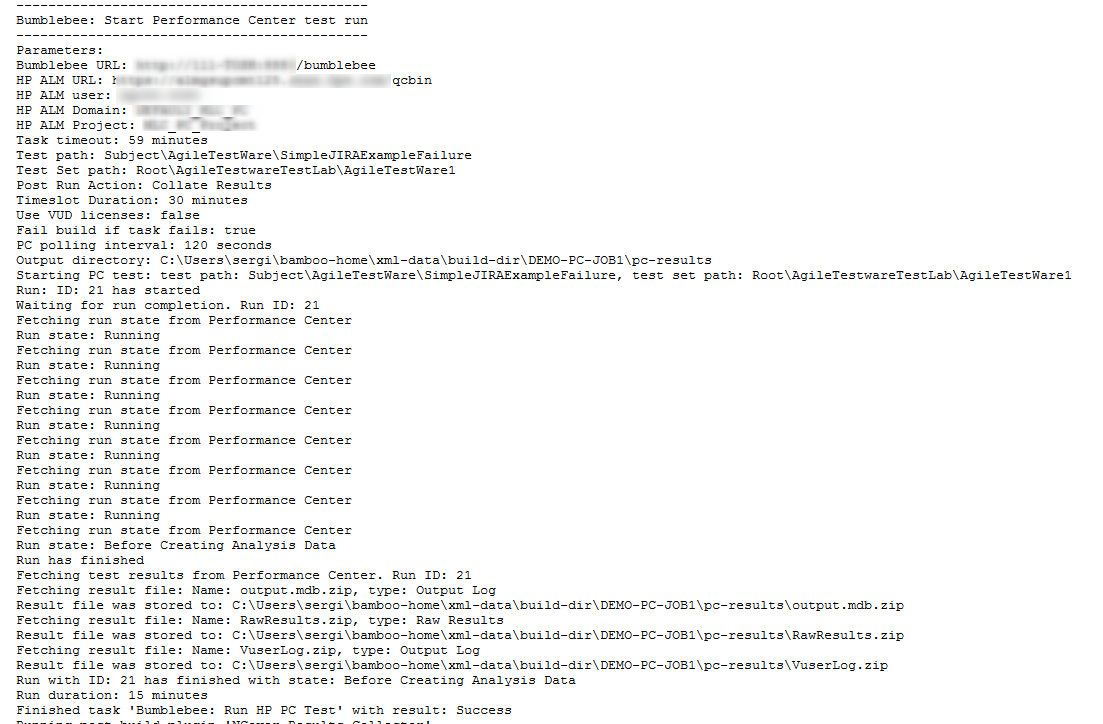 Artifacts published by the Bamboo plan: 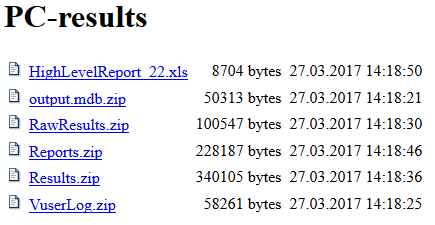 If you want to pull test results from HP ALM and display them as JUnit report of your build, you can use "Bumblebee: Import HP ALM Test Results" step. 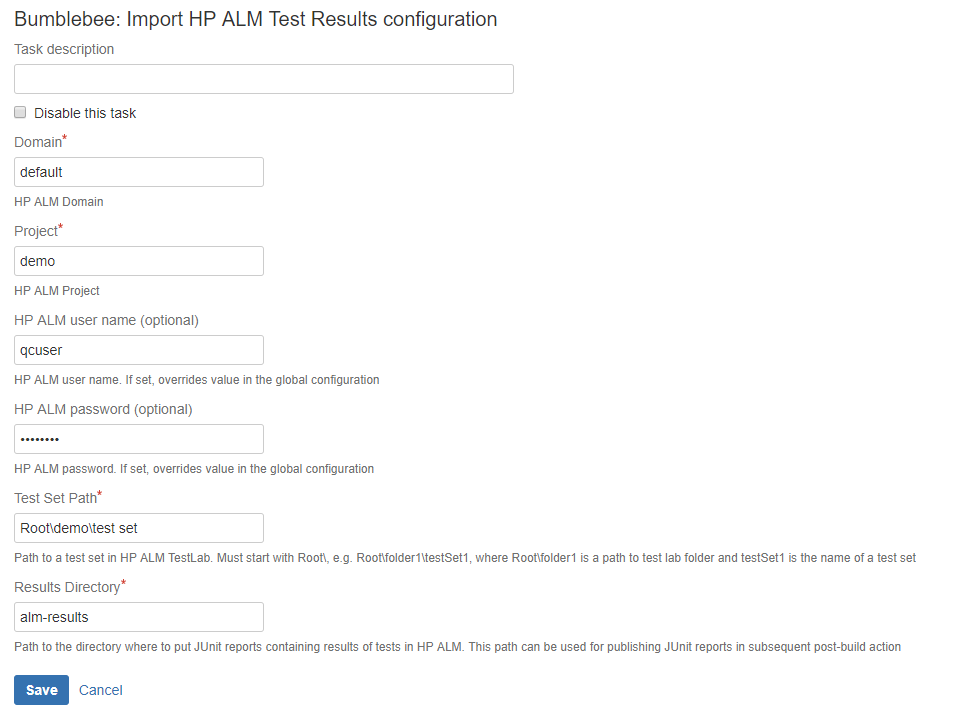